The festive period is upon us again! This year we celebrate our second Christmas with Polar, so we thought it would be fun for him if we threw a Christmas house party for him and his furfriends instead. We set a date, then started inviting some of Polar’s furfriends. After finally confirming the guest list of 20 humans and 5 dogs, it dawned upon us that we had never hosted more than 2 dogs at our place before, let alone a party of dogs. Everyone knows how painful party planning can be, and since it’s our very first dog house party, here are some things we learnt that might be useful in the event you’re planning a Christmas paw-ty yourself!

Step 1: Decide if your party should include dogs
Unfortunately, not everybody likes dogs (the blasphemy!), and this was our key consideration for the planning of our party.  Last year was the first year we celebrated Christmas with Polar and our friends were swooning over Polar – perhaps a tad much, such that Polar got rather restless. So this year, we thought it would be fun to make our dog the focal point of our party, and invite some of his closest friends to the house party as well.

Step 2: Deciding the guest list
Our next step was to plan which of our own friends we would invite. We chose friends that we knew were alright around dogs, and checked with them if they were ok to be around a few dogs instead of just one. It’s important to be considerate to our friends.

As for the dog guest list, I thought it was important to first think: how many dogs can we handle at one point? From there, we selected dogs that we knew had pretty good chemistry with Polar. For our party, we limited ourselves to 5 dogs including Polar as we felt that the number was manageable.

Step 3: Planning the party area
As the party involves dogs, it is important to set up a party area that dogs and humans can interact comfortably in without having to run around chasing their dogs. We used our porch, which is an open space, as the main party area. This allows ample space for the dogs to run around. We added barricades to ensure dogs didn’t enter the house or any areas that they were not supposed to. 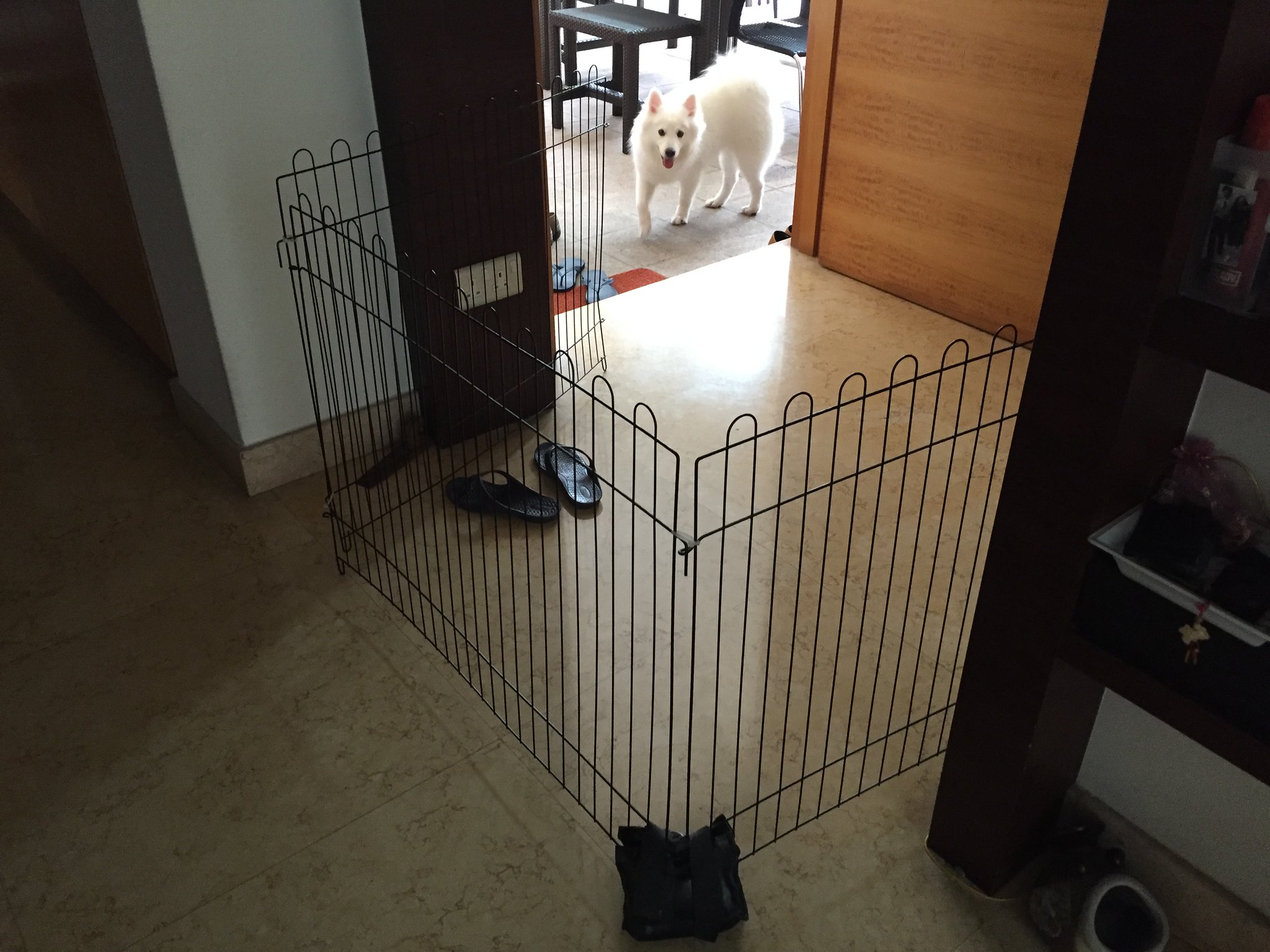 Other security measures: we ensured that the gates were always closed even though it was a little inconvenient. This gave our guests assurance that their dogs were in safe hands. If you don’t have a porch area, barricading the living room area to avoid the dogs from running to rooms and kitchen is a good idea.

We also moved a lot of delicate furniture or sculptures away from the party area to prevent our guests or dogs knocking anything over. We are glad we did that as Polar went absolutely nuts with his friends.

Step 4: Menu selection
Food is my favourite part of every party. It brings me such joy to ensure all my friends and doggie friends are fed well. To me that’s the biggest indicator of a good party. For the humans, I ordered BBQ food from BBQ Wholesale. I love it that it’s so convenient and everything is packed nicely. All I need to do is start up a fire and start cooking away.

Apart from taking care of food f0r us, humans, it was important to ensure we offered a good menu for Polar and his friends too! We ordered a beef Christmas cake from Barkery that was almost too cute to serve. As the cake was a little small, I also bought a fish meat loaf and some chicken and beef meatballs from them. A good point to consider is if your little doggie guests have any allergy to any meats or ingredient. It would be good to check with your guests, or to have a selection so that everyone had something to eat.

Step 5: Brief people clearly
When your guests arrive, it’s important to brief each and everyone of them the party rules to ensure that the party proceeds in a mangeable manner. With each guests arrival, they were briefed on where everything was, and which area are dogs were allowed to roam in, and where their water bowl and pee area were situated.

Step 6: Activities
A party isn’t fun without any activities right? For the humans we organized a gift exchange that allowed stealing so we had quite a bit of fun with presents. For the dogs, the night before, we went to Ikea to buy toys that we think would be fun for them to play (destroy), and got a big red soccer ball that was filthy black at the end of the night.

Step 7: Other prepations
We wanted to have a very Christmas-y feeling to our party, so we also bought some lights, candle lamps and decorations to conjure the Christmas mood. The rainy weather definitely made us feel like it was Christmas.

Learnings: What we could have done better
We’re really glad the party went smoothly, and everyone went home happy and full. There were some pointers that we felt could have made the party even more awesome.

1. Plan earlier
The saying of failing to prepare, is preparing to fail is quite true in my opinion. Fortunately our party went well but we spent most of the day preparing and running around like headless chickens. This could have been avoided if we had factored in more time for preparing.

2. Have some Christmas props for the humans and dogs
Polar and Kanon both had their own Christmas themed accessories but the rest of us humans and dogs didn’t. I thought it would have made the atmosphere a lot more fun and festive if all of us had some form of hat or prop. Something for me to remember the next time I plan a festive party again.

4. Door gifts for our little friends
I would like to be able to prepare some little bags of treats for our little dog friends in future. Perhaps I could make little pupcakes or biscuits for them to take home and fill their tummies somemore.

All in all, we had a great party and I would like to thank our friends and Polar’s friends for making it such a successful fun party!

Merry Christmas everyone and I hope our little experience will be useful for your future dog party planning!

Until then, stay curious! 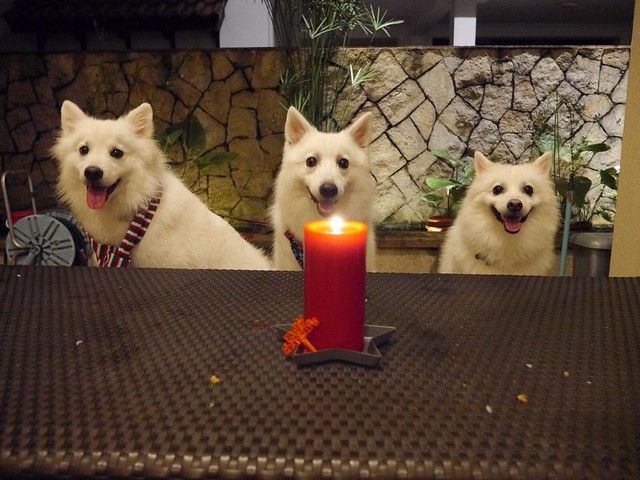